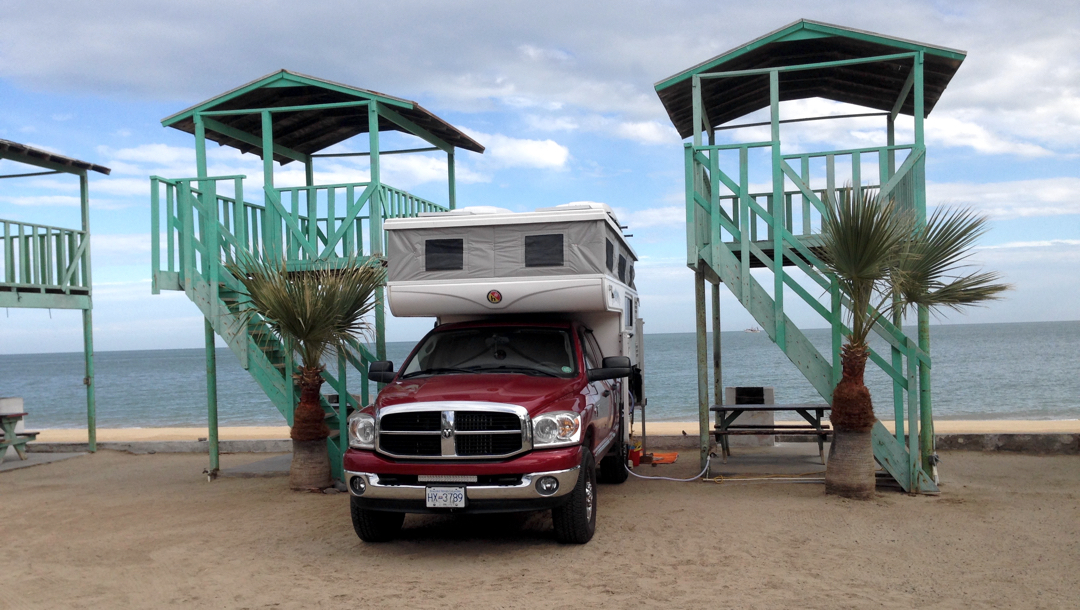 I had read and daydreamed about Baja for years.  My mind would escape boring tasks and find refuge in thoughts of Baja’s beautiful beaches, rich marine life and fish tacos.  When our trip became reality, I was afraid I built up too many expectations and I was going to be disappointed. We had a glimpse of the possibilities at Villarino RV Park in Ensenada, but by the second day the cold and rainy weather that was following us since Washington DC caught up to us. We were eager to find warmer climate and calmer waters so we decided to head to the Sea of Cortez. We left the campground around 10 am and looked for Mex 3 which runs from Ensenada to meet with Mex 5 about 31 miles north of San Felipe.  We realized that Google Maps’ travel estimates were even more off than when we traveled in the United States, the drive took us over 4 hours. 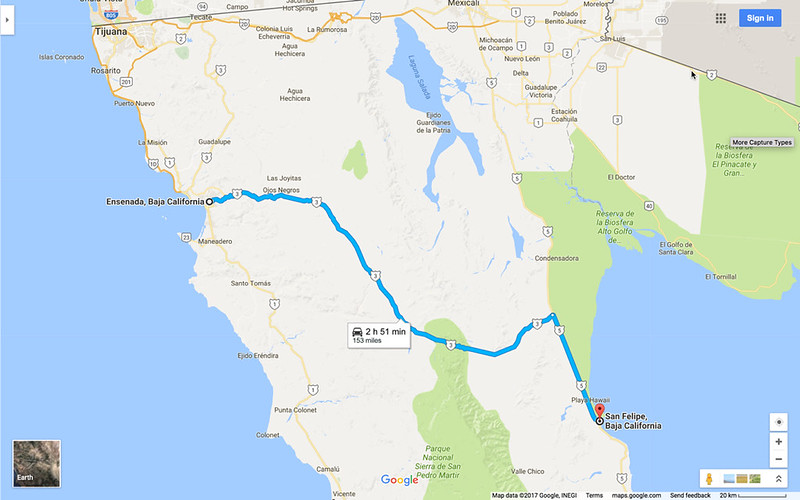 The road started to climb right after Ensenada and we got stuck behind a slow moving tanker on a no pass narrow road. I get a little jittery when the transmission temperature goes over 190 F, so I was watching the Gauge2 closely.  Once we reached 4000 ft, the road flattened out and we were the only vehicle on the road through the mountains. The transmission temperature dropped back down, along with my worries.

There were 2 military check points, one at mid way and one just before Mex 3 merges to Mex 5. The soldiers were polite, greeted us with smiles and asked us the same 3 questions; where are we going? where have we been? and, are we on vacation? No papers were requested and were free to continue.  The military check-points are not intimidating and feel more like toll-stops.

We reached San Felipe in the afternoon and pulled into Kiki’s Rv Camping. I chose this campground because I heard it had a lot of character and Kiki took care of her customers.  But, all of the beach front spots were occupied by permanent big rigs from Canada, more specifically from British Columbia, and even more specifically from Vancouver Island.  Although we really liked Kiki’s spotless bathrooms, we ultimately decided to camp at La Palapa Rv Camp. 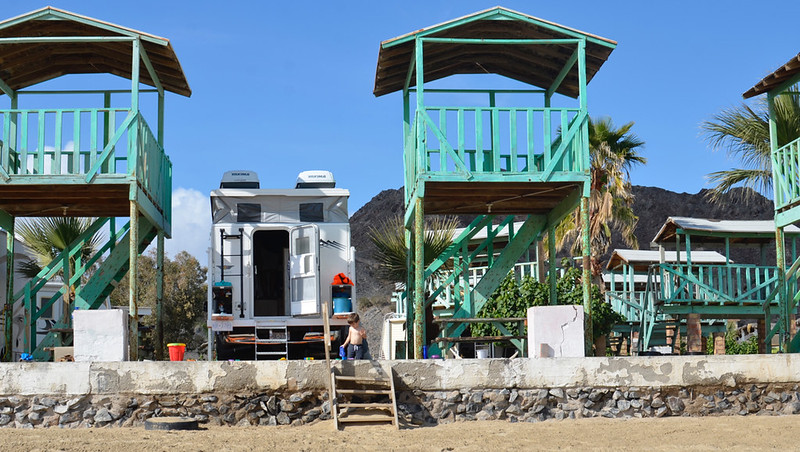 One of our biggest sticking points while traveling is Donna’s obsession to be in the best camp spot possible. Donna is very particular about how the camper is parked, in which spot, where it faces, and if this or that campground is the best campground, or best spot within the campground we could pick.  I’m surprised she does not pull out a spreadsheet, list the pros and cons of each choice, weight the answers, and pick based on some scientific method.  On the other hand, I pull up to the first spot and park….well, not anymore. She made me leave Kiki’s RV Park where I was willing to settle on a corner spot along a wall that had a small patch of sand.  I am so glad she insisted we move. Although the bathrooms were not as nice, everything else at La Palapa RV Camp made up for it and more.

La Palapa RV camp is located right next to once popular Ruben’s. It has two-story ramadas.  We were able to get one of the six prime spots along the front next to the beach. These spots can accommodate smaller rigs like us perfectly, but are too short for the big RVs. Based on our first morning’s spectacular sunrise, things were looking good for our stay in San Felipe. 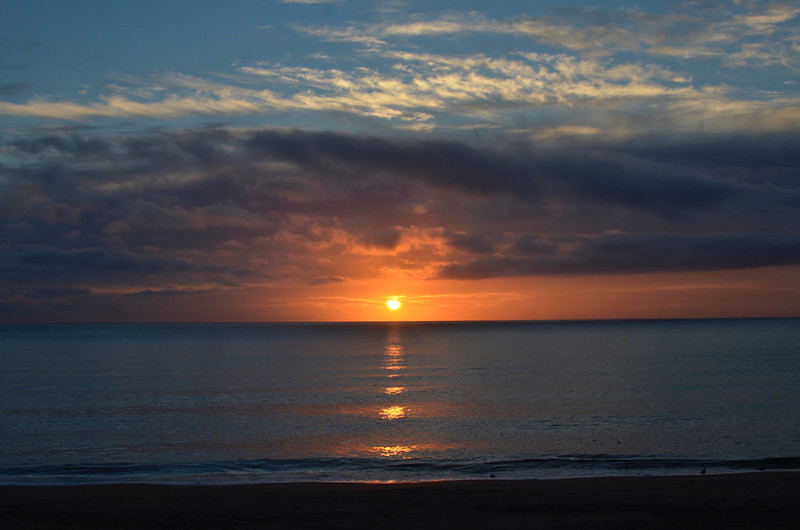 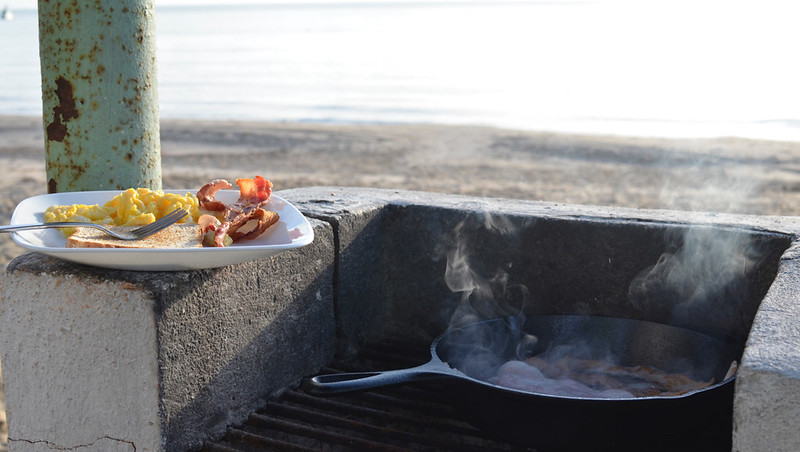 Indigo had a great time at this campsite. Every day was spent making sand castles, sand holes (for no other reason than to make a hole), and pretend cooking…with of course sand.  The water was still cold, but he was able to go in waist high to try clam digging in the mornings.  We threw them all back at sea as they were all too tiny, but it was a great morning adventure for all of us.  It feels good to recognize which little hole in the sand actually has a clam in it!

We were also thrilled about the bright orange sand mat we had bought.  Sand sifts right through the holes, and miraculously does not come back up!  Perfect for being camped right on the beach. 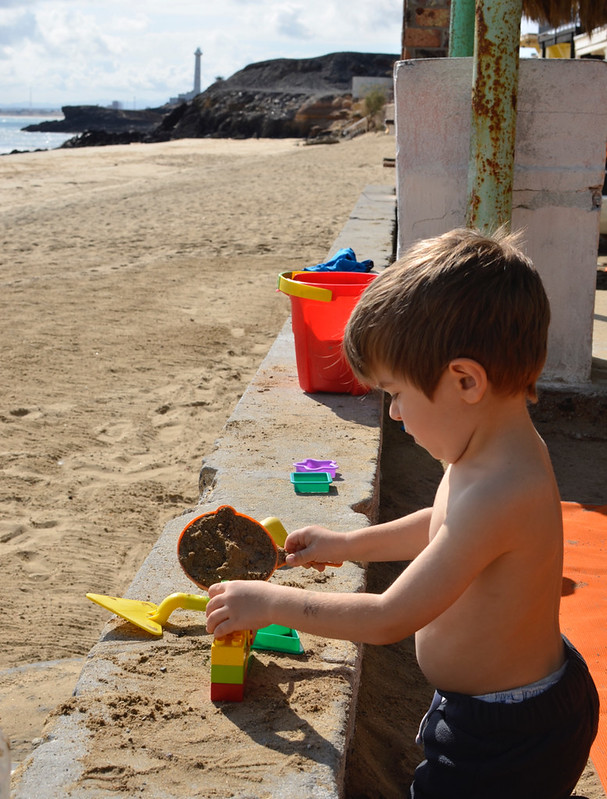 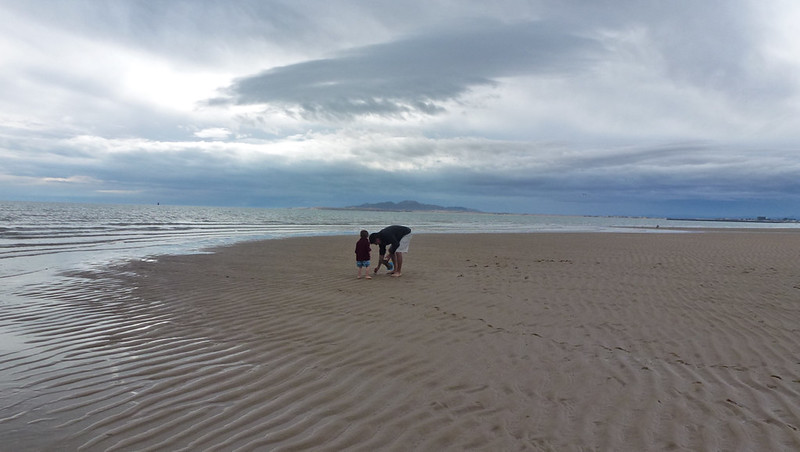 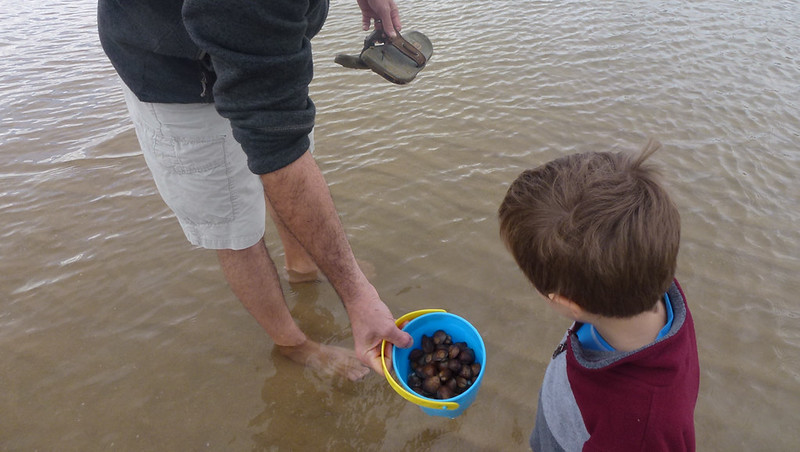 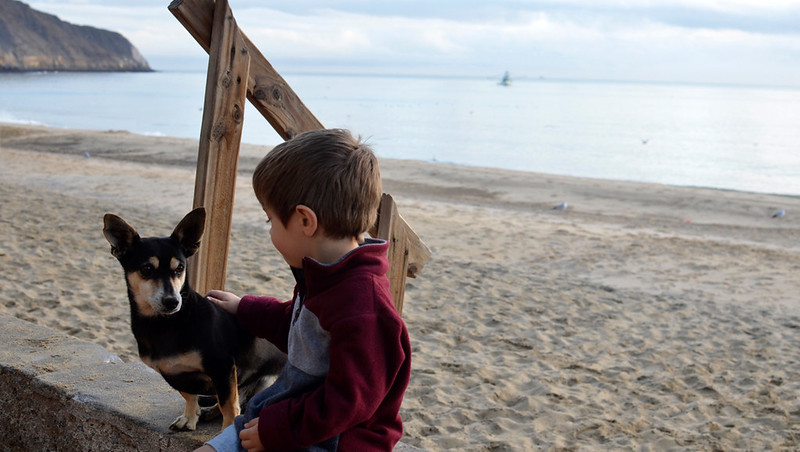 As an added bonus, the campsite came with a great set of neighbours during our stay.  A retired couple from Canada, a young couple from Argentina who were photographers, and a solo motorcycle rider from Texas, who had been a teacher in the Australian outback.  It didn’t take long after settling before we were swapping stories, and sharing beers.  We discovered that the Argentinean couple (wanomads) are good friends with the families also known as Our Open Road and Crepe Attack.  These are two families that we admired and followed for years before starting our own trip.  Donna wrote to Our Open Road with questions about traveling with kids, and they readily and warmly responded with advice and tips.  We visited Katie of Crepe Attack as we traveled through Tennessee and learned even more. The community of overlanders and long term travellers is a warm and welcoming collection of people, and have made the places we’ve traveled that much more enjoyable.

So in the end, Baja with it’s vultures carving circles against blue sky, the cactus dotted landscapes, elegant pelicans diving for fish, and best of all the warm and laid back people, is a magical place.  Although the weather could have been a bit warmer, our experience in San Felipe, lived up to my expectations of what traveling in Baja would be like.