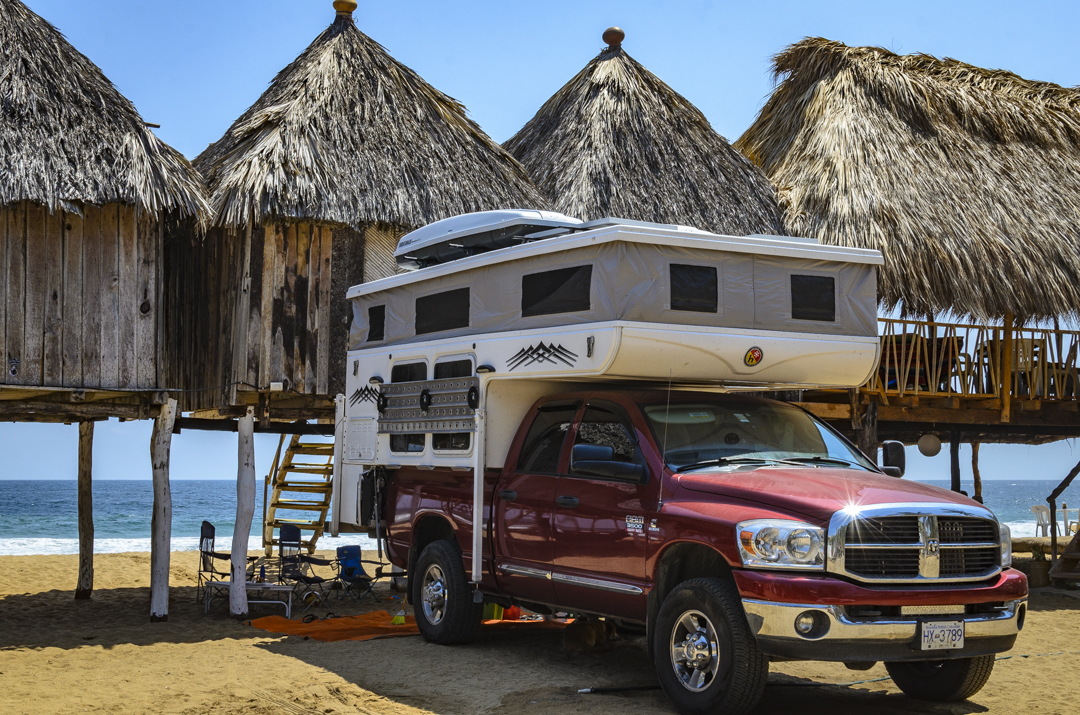 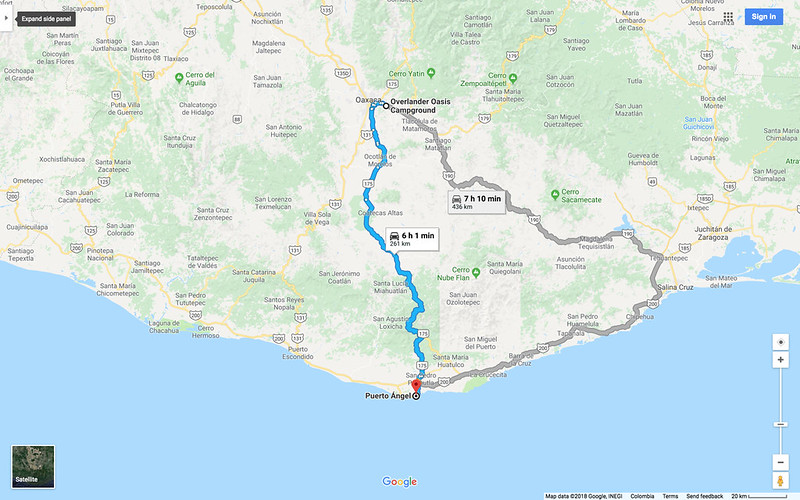 We were excited to head back to the beach and meet our friends Luciano and Caina in Puerto Escondito. We hoped to finally try surfing under the guidance of Luciano who happens to be a rockstar surfer.  But the drive over the mountains practically did us in.  It was long, wildly curvy, and harrowing.  We had to stop several times so I would not throw up.  We thought about stopping half-way, but didn’t do our research in advance for a place to stay, so just kept on keeping at it until we reached the coast.  It was going to be dark soon, and we stopped just outside of Port Angel at a very cool looking campground with cabins on stilts.  Our first foray into a hippy town.  Lots of back packers, tents, dreadlocks, surf boards, etc.  We worried a bit about late night partying and all that comes with it, but the portable kiddie pool outside the cabins with children playing lessened our concerns considerably. 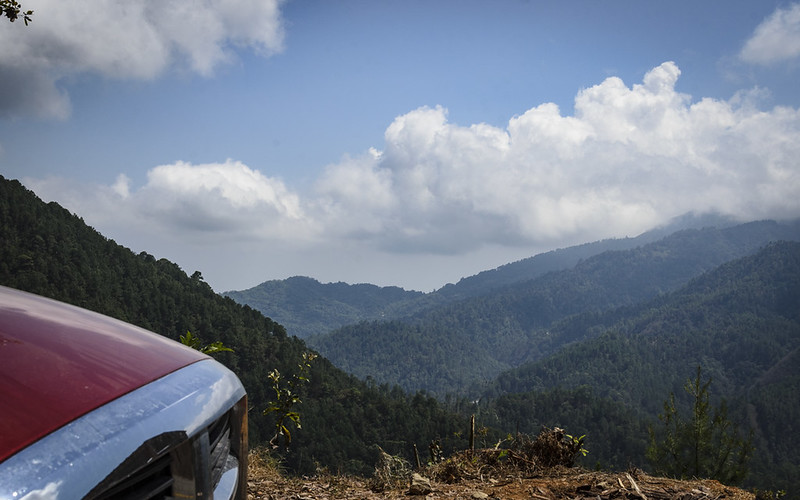 I initially thought the parking spot came with the brightly covered palapa/cabin.  I realized they must be rented separately when I started walking up the steps of the cabin located directly in front of our truck, to see a naked man come out of the door in a hat, just a hat, with me at eye level to the family jewels.  I quickly said excuse me and went back down the steps, and turned to soak in the views of the ocean to cleanse my eyes. It didn’t really seem like a nudist place, most people were dressed.  We just happened to get the upstairs neighbour that wanted to roll au naturale. 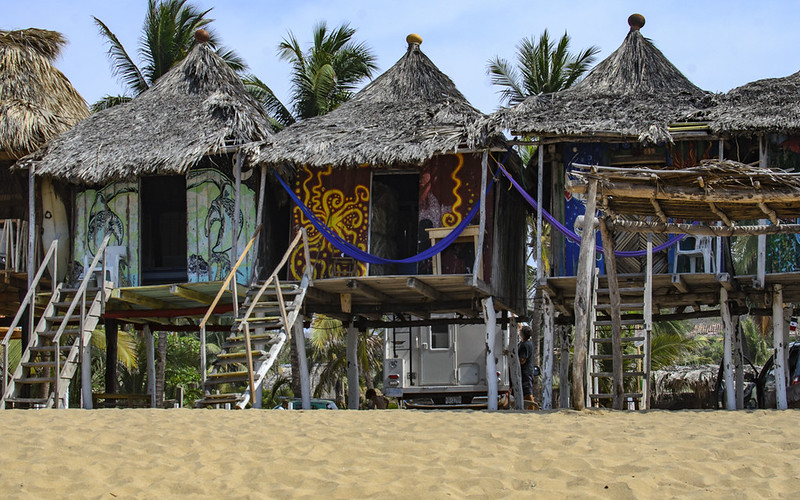 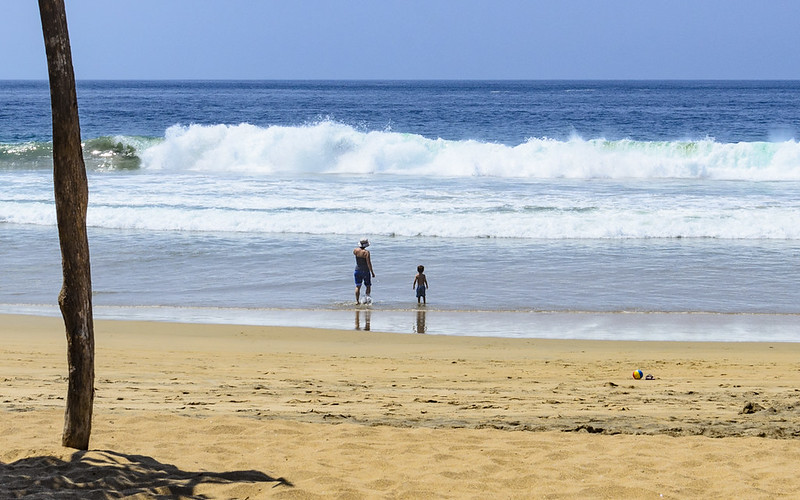 The water was too rough for swimming, so we had lots of fun digging in the sand, and Indigo swam in the kiddie pool.  We found a great taco stand across the road, one we returned to many times, in lieu of cooking.  Even our little picky eater Indigo would eat here! 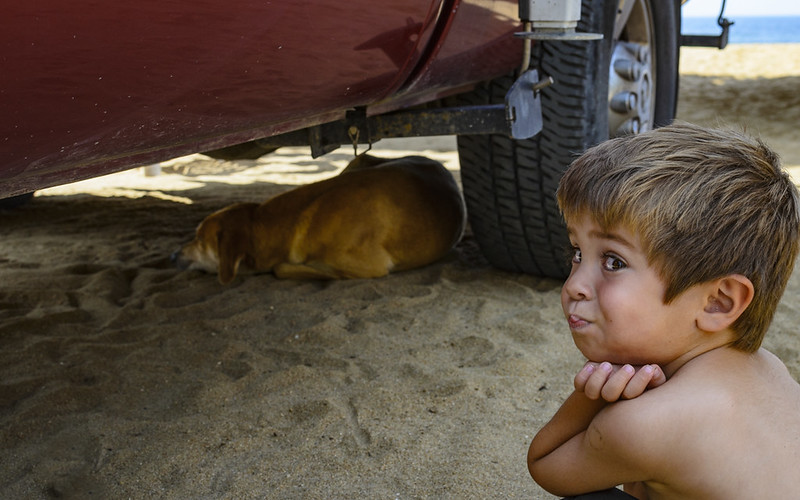 We saw a couple people strolling on the beach naked, a couple cleaning their porch naked, but our neighbour continued to outdo himself with his nakedness.  He would stand around with hands on hips, and chest puffed up, seemingly trying to determine how many people he could get to stare at him, before picking a path to his destination. He was the only person going to the restaurant naked as well…I guess spills are easier to clean up that way?  He didn’t seem to engage in conversation with anyone, but was a fixture throughout the campground. I have been very comfortable in nudist places all my life, but this man seemed to be more like a “look at me” nudist rather than “let me be me” nudist.  Needless to say, we left to search for more comfortable surroundings, and after we shooed the sleeping dog out from under our truck, my eyes felt relieved to only see the road ahead for a while. 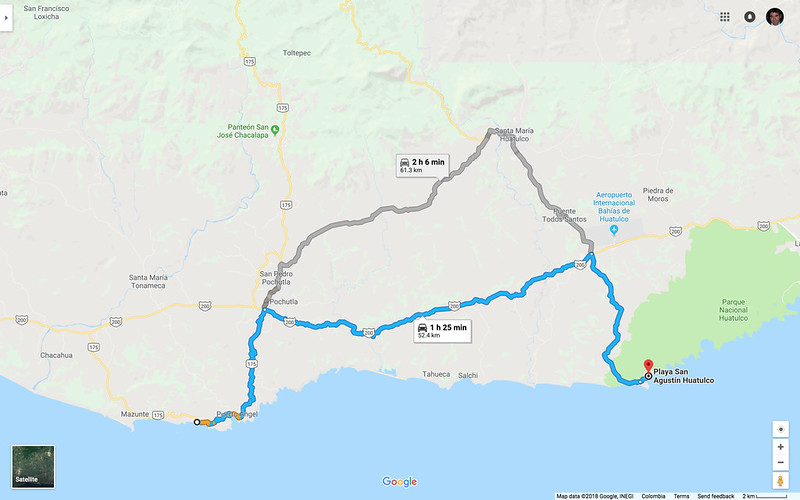 We found much more comfortable settings just down the road at Playa el San Agustin.  The beach was rough on one end, but there were calm waters and snorkelling at the other.  The facilities were much less than basic; bucket flush toilet behind a sheet of a rickety wooden shelter (a.k.a not very private), bucket of water for showers, no market nearby, and no wifi….but we had the best time here. Neighbours can make or break a place, and we hit the jackpot with our Swiss and French Canadian neighbours. Bérénice and Raoul with two boys and a girl, and Stéfane and Amélie with their two boys.

True to the Swiss reputation, Raoul and Bernice were very organized and had living on the road made into an art form.  We discovered they met Stefan’s family in Bali, and here they were traveling/living together again in Mexico.  Meal times were shared under the palapa on a large mat. The men cooked lunch, and the women seemed to always cook dinner, unless there was meat to be barbecued…which was often.  Lot’s of playtime for the kids, and some dedicated time for studying and naps, and usually a late afternoon snorkel session. We easily joined the various activities of the day. 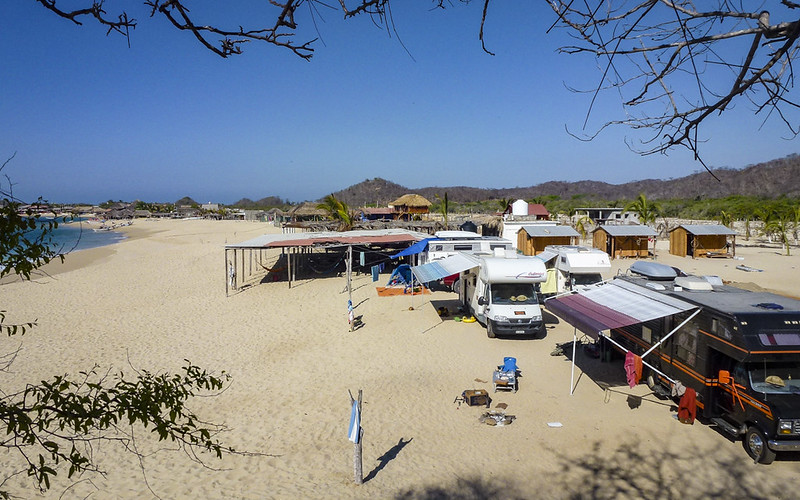 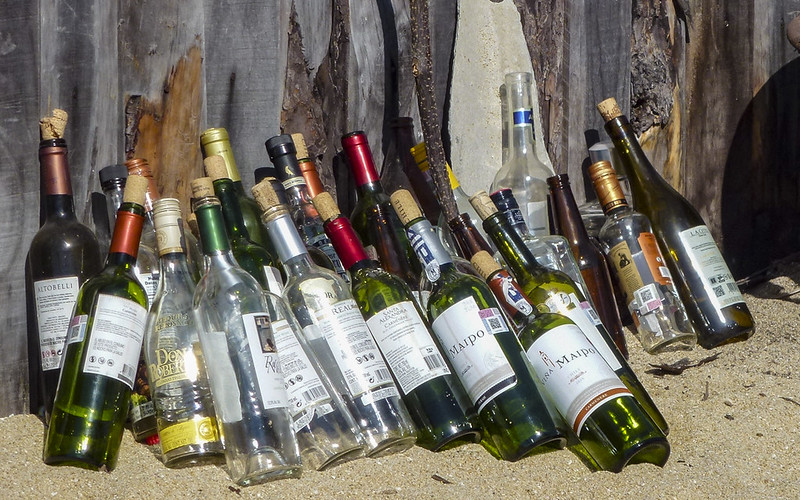 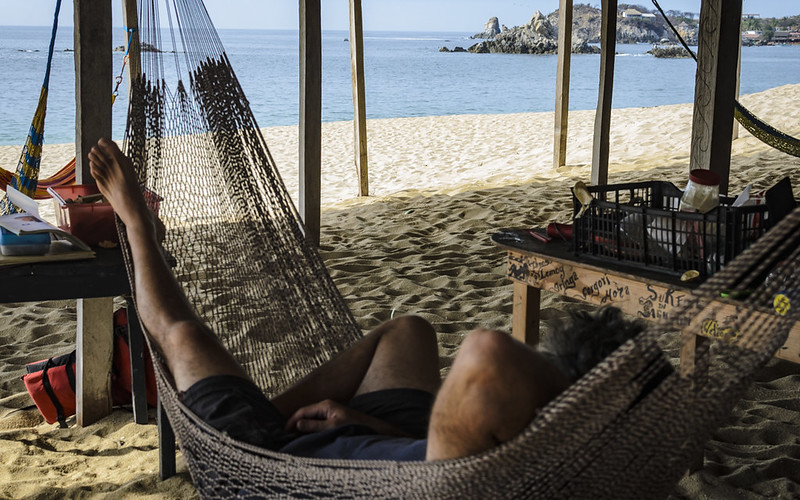 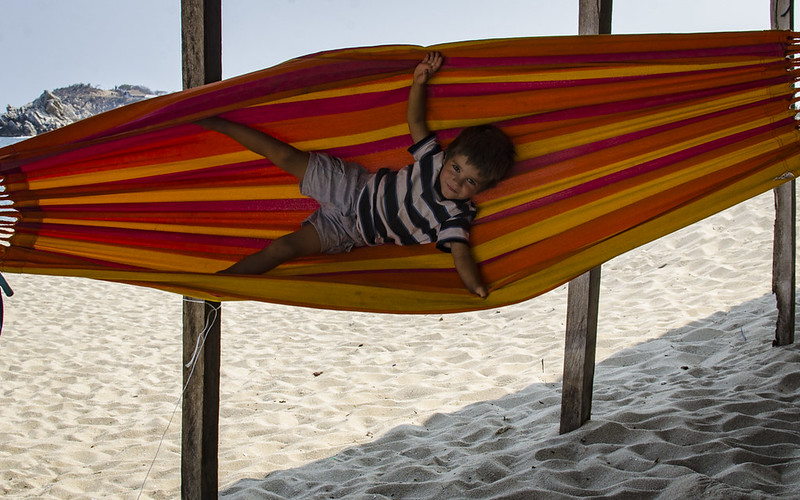 Okan enjoyed the evening poker games, after Indigo and I went off to bed.  Our new friends had an alternative to money for playing poker, they instead proffered up 100 pushups or sit-ups to join a game, or stay in a hand.  This made for an interesting combination of heavily drinking and extraordinarily fit poker players!  Hammock time (recovery time) was a part of every day for the adults, and the kids enjoyed hammock time along with rock climbing, and rolling down sand hills sprinkled here and there. 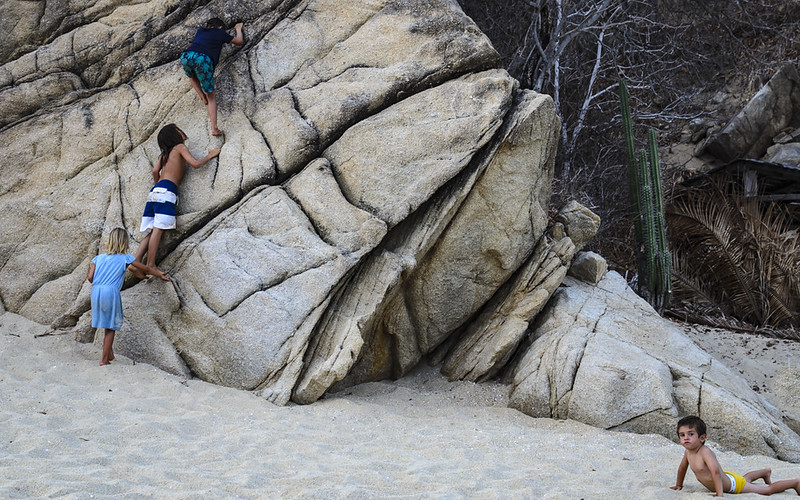 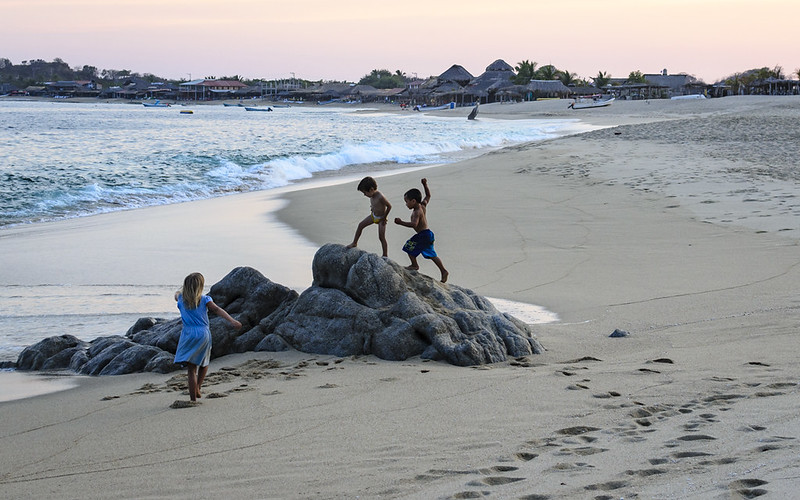 With all the good times, I also had my biggest scare of my life here. Indigo was playing on the beach, not too close to the waves, with the bigger kids while I was taking photos nearby.  He got side-swiped by a wave that came over a sand dune and was flowing sideways across the beach.  He fell and rolled towards the water, but just in time for another wave to pull him with it when it was returning to the sea.  I was already walking towards him when the first wave caught him. But the second wave took us both by surprise and I was barely able to grab his hand just in time for a huge third wave that crashed around his small body.  While clutching his little hand and trying to maintain footing, all I could see of him was his arm, and his face peering through a 4-foot wall of tumbling white water.  His expression screamed silently but loudly, “mommy, please don’t let go!” The wave finally subsided and I pulled him up the beach.  How the camera survived without getting drenched as well, I will never know.  Indigo thankfully has a greater respect for the waves these days, and I think I will hover a bit closer.  And if you see his swimming vest on him in future photos while he’s just playing in the sand away from the water… now you know why. 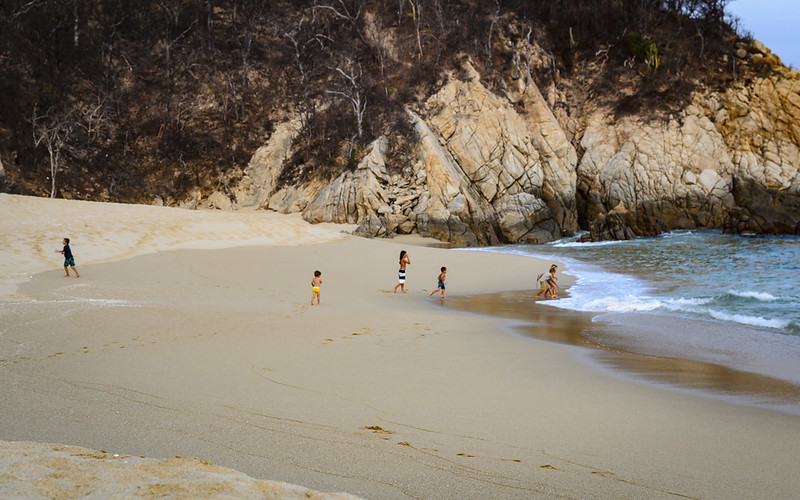 Here is a short movie taken by our friend Bérénice (www.danslespasdesanimaux.com) of our snorkeling and swimming fun.

We hated to leave really, but we headed further south when our neighbours left as we wanted to leave on a good note.  Not to mention the beach would have seemed so lonely without 6 kids running about.  We also would have loved to keep traveling with them, but they had many repairs to tackle, and we felt the pull to keep moving.  This was the still one of the best weeks of our entire trip thus far. 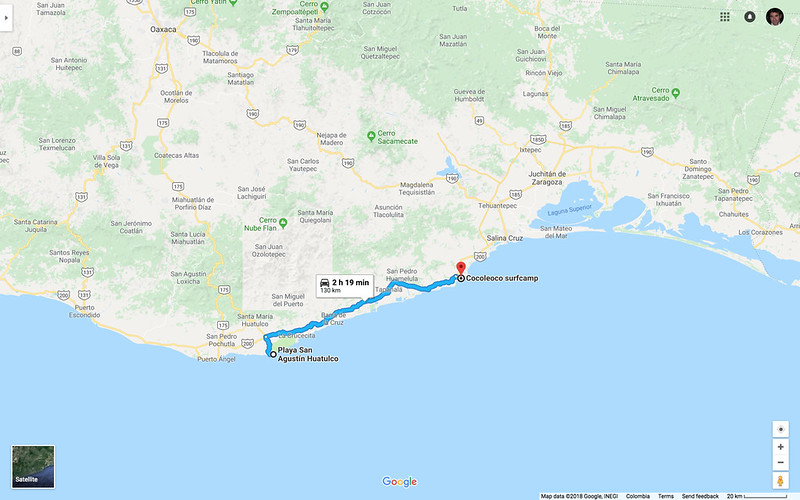 We thought we might do some wild camping along the beach, and stopped at this secluded restaurant along the way.  Only thing there was the restaurant, the beach, and surfers.  Not a lot of shade, and hot hot hot, and more hot.  We stayed for lunch and moved further down the coast. 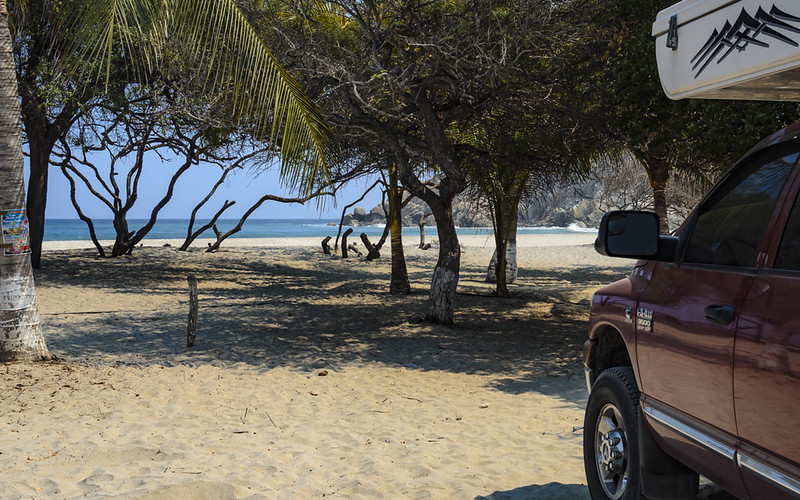 We opted to stay at Cocoleoco, an established campground where we could get laundry done and refill water tanks.  Sometimes the banalities of living life on the road, dictate your next moves. We rolled in thinking 1 night, ended up staying 3 because the surroundings were so nice and laid back, good bathrooms helped us make a positive assessment as well. 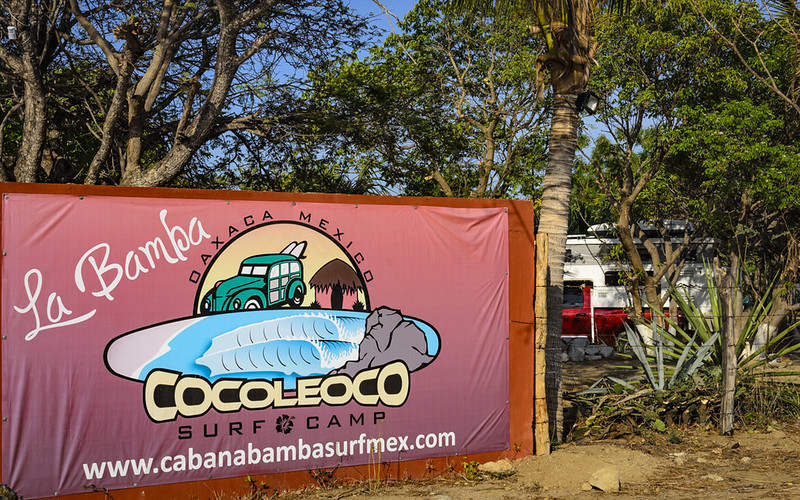 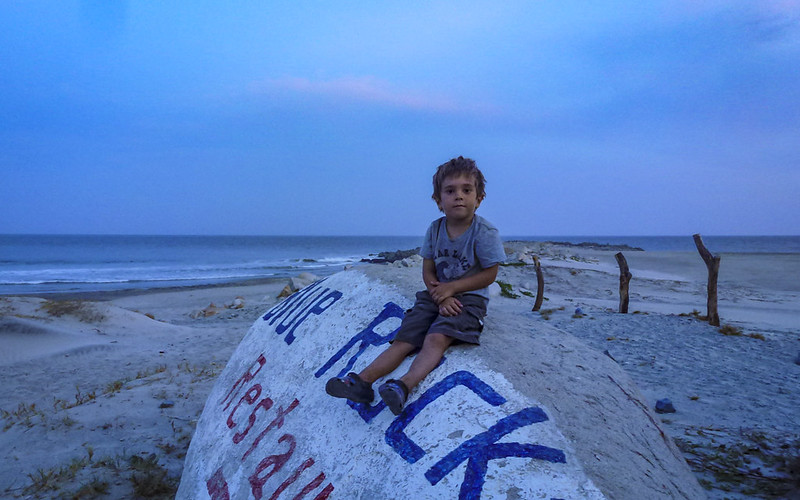 We enjoyed the beautiful blue colours at the beach, hung out at the campground, and I did a little bit of stretching (not even going to pretend I was doing yoga, although it might have initially started out that way).  Indigo played with the owner’s kids all day.  Not even sure what pushed us forward to leave as we were feeling quite complacent.  It may have been a dwindling food supply as there was no market in walking distance, or lack of hardware store for repairs. Hard to say, but we rolled out feeling content and happy with our experiences along the coast, and one of our last sunsets over the ocean for a while. 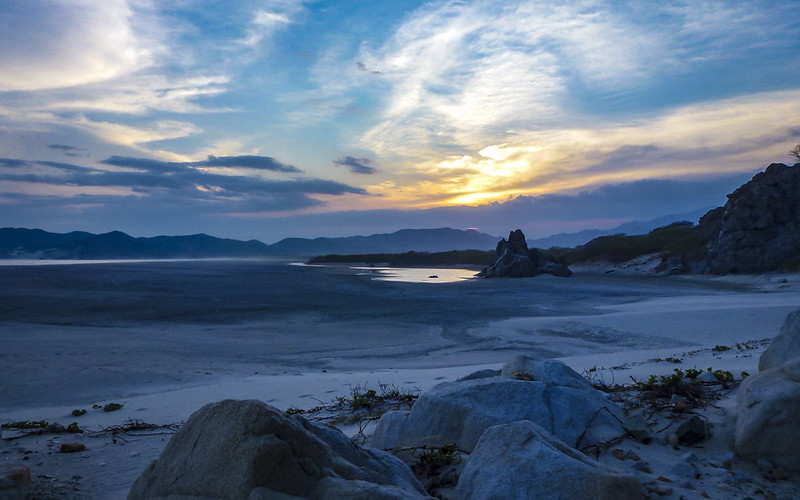