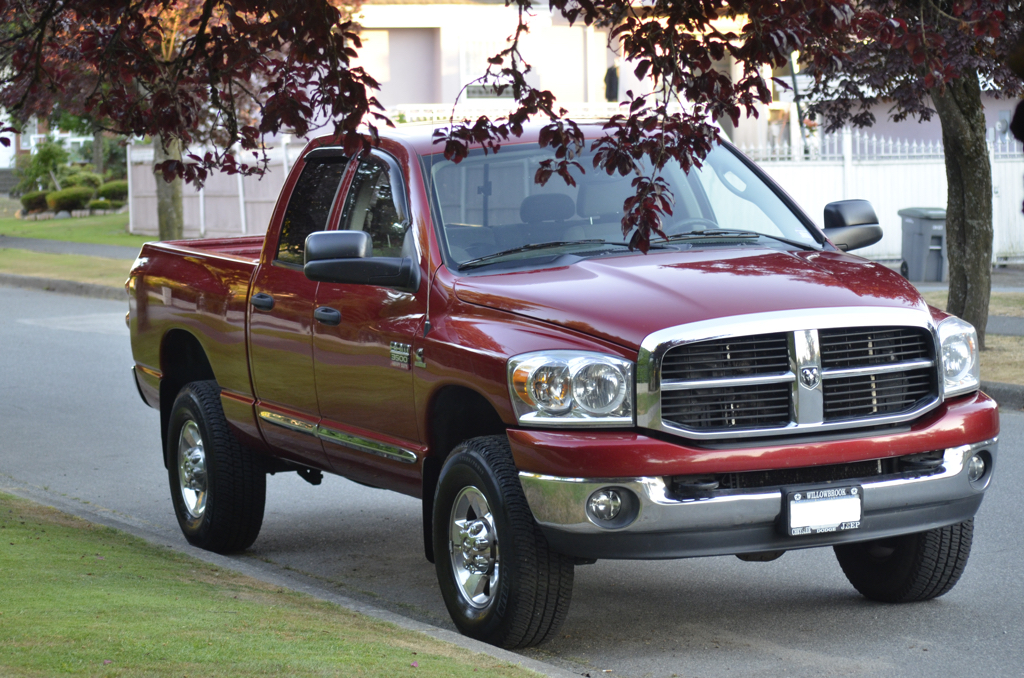 After years of dreaming and researching and making some mistakes along the way, my desire for extended travel with a vehicle is finally making some progress. The idea of an overlanding trip has been brewing in my head for a long time. In 1978, my parents packed our family car, a 1300 cc – 68 hp Fiat 124 and put me and my brother in the back seat and drove around Europe for 3 months. I was 9. That magical road trip sowed the seeds of planning an overlanding journey.

About 3 years ago, after a very long and frustrating day at work, I pitched the plan to my wife. She said something like “Sure, why not?” and it was on.  We were living in Singapore at the time where even a Honda Civic comes with a $100,000 price tag.  So I kept dreaming and planning the trip in my head. When we moved to Canada we were (ok, I was) anxious to get going. I purchased 2006 Toyota Tacoma 4×4 Dbl Cab TRD. It had less than 60K miles on it and was in great condition. It was fun to drive, nimble and getting great mileage. But it’s gross combination weight rating (GVWR) was too much of an uphill battle.  The Tacoma would have needed so many modifications to carry a camper that could accommodate our family, that it became unrealistic. If it were like its cousin, the Aussie Hilux which has a 1 ton payload capacity and a diesel engine, it would have been perfect. After lots of upgrades and with a broken heart I sold the beloved Tacoma. Before choosing the next vehicle, it seemed best to decide on the camper first.

We will be traveling with our little boy in tow, so I wanted to have good protection against elements, enough space in our living quarters, and we don’t want to pull a trailer.  These three requirements quickly eliminated roof top tents and some of the best overlanding platforms like Toyota Land Cruiser and 4Runner.  We were left with pickup trucks with campers, or vans. Sportsmobiles were too expensive and we saw too many Vanagons in the back of the tow trucks. My wife is still pining over the loss of “french doors” from which to watch beautiful landscapes, as any type of van was now out of the picture. Finally, I wanted to be able to ship our vehicle in a shipping container rather than using Roll-on-roll-off (Ro-Ro) vessels.  Hallmark Everest ended up being our camper of choice, and now we needed a vehicle to carry it.

After yet more weeks of research, I decided on 5.9 Cummins powered Dodge Ram.  Finally I found one in great shape last April.

Why did I choose Dodge Ram for a trip around the world where parts would be very difficult if not impossible to find outside North America? Well, it is a risk, but a calculated one. Here is a quick table of the decision making process and other used vehicles that were considered. I have put two of my favorite vehicles, Defender 130 and Hilux there also. Since they are not available to us in Canada they get 0 points for cost and they are there purely for comparison. 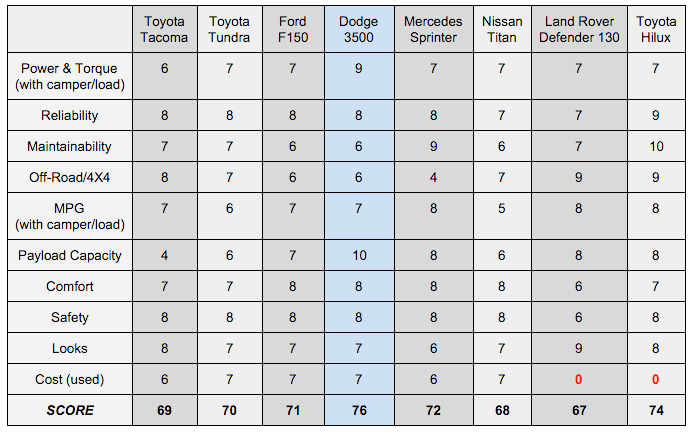